I would like to apologize to all the followers as I have been sick for the weekend and still am not feeling as well so my reviews of The Amazing Spider-Man 2, The Guest, and Nightcrawler, which were next on the list, will not be done until possibly the end of the week. Hopefully sooner if I can snap out of this fever I seem to be having.

Please excuse my inability to keep up with my usual speed.

In the meantime, I’d like to open up to you guys a few things:

I’ll be opening up on my list of movies that I watch sometimes when I am sick. It’s been a habit since I was young and I still haven’t grown up it seems. 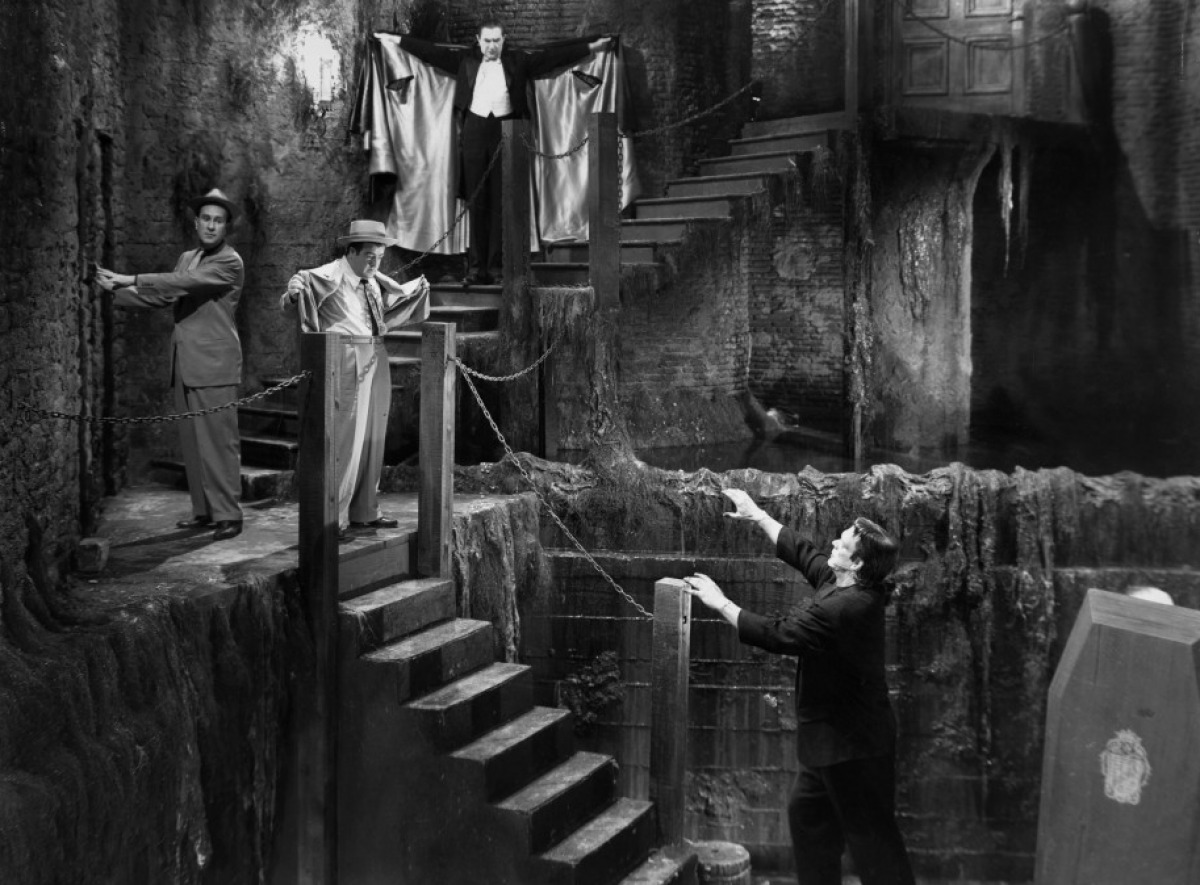 Abbott and Costello Meet Frankenstein (1948/dir. Charles Barton) – The original. When I was a kid I looked damn hard into watching this film and finally got to it around 2007, expecting it to be hilarious and a great treatment of my movie monsters. I enjoyed it as such (even though as I grew older I kind of feel the monsters are still more the butt of the joke).

Lemony Snicket’s A Series of Unfortunate Events (2004/dir. Brad Silberling/USA) – For a long was a favorite movie and still one I find impulsively rewatchable, from the Burton-esque dirt design to Emmanuel Lubezki’s sedentary aesthetic as a cinematographer (both color and camera movement wise), to Jim Carrey’s absolutely diabolical shit, to the economy the movie takes with its source material to create both an ambiguous and yet satisfying story (though, I understand a lot of fellow fans of the book series were not happy with that – I was not one of those fans. I thought it was one of the smartest adaptations I have seen for a book series.)

Spirited Away (2001/dir. Miyazaki Hayao/Japan) – Used based on a suggestion from a friend, it quickly became one of my favorite Ghibli. Time flies with this and another Ghibli favorite…

My Neighbor Totoro (1988/dir. Miyazaki Hayao/Japan). Fuck you. You know why.

Gravity (2013/dir. Alfonso Cuaron/USA) – One of the two most recent inductions. I mean, I pop it and feel like I went everywhere without going anywhere.

Nightmare on Elm Street 3: Dream Warriors (1987/prod. Robert Shaye/USA) – The most recent induction solely based on associative thinking I was having while talking about Scary Terry. Definitely not the best of the Nightmare series but unlike the only other two movies of that series that are good (The first and seventh), it is the only one that pulls that off while indulging in a very campy aesthetic. Which is exactly what I look for, just plain fun.

Behind the Mask: The Rise of Leslie Vernon (2006/dir. Scott Glosserman/USA) – This actually could easily just apply for any Anchor Bay home release. They’re just that much “good enough” without being a masterpiece – save for some exceptions (The Wicker Man and Dawn of the Dead being those).

The Host (2006/dir. Bong Joon-ho/South Korea) – When I’m sick, I lack energy. Lacking energy leading to being less inclined to just go “what the fuck” to movies I love anyway and The Host is perfect for this opening (I also need to experiment on Scott Pilgrim vs. the World, 2001: A Space Odyssey, Snowpiercer, Re-Animator, The Abominable Dr. Phibes, Suspiria, Phantasm, Heaven’s Gate, Dick Tracy, and Batman Returns this way). Batman Begins (2005/dir. Christopher Nolan/USA) – Because he is the night, goddammit.

Thanks for your patience and I apologize again. Should be back to speed hopefully soon.