Here, we go, my first Halloween Horror-based post and so I wanna really take a moment to talk about some directors that I’m really fond of that are known extensively for their horror movie work:

F.W. Murnau (1988-1931) – Anybody who has ever asked me who I thought was the best filmmaker who ever lived knew they’d get this answer straight away (honestly, I would not have a confident answer to that, but F.W. Murnau would always be the name that leaves my lips quickest. Orson Welles is too slow.) ‘Course the movies that earned him that place in my heart aren’t his horror fare, but when he also provides an unforgettable horror milestone in Nosferatu and re-creates another with class in Faust, it’s hard for me not to give the brother his due as a horror storyteller. Not like his expressionist sensibilities didn’t also help Sunrise: A Song of Two Humans.

Val Lewton (1904-1951) – More producer than director, but Lewton was the guy who singlehandedly lifted RKO on top of the horror movie world (Universal would be dying off around the time Lewton came into play) living off of their limited resources and making Roger Corman-efficient horror films without having even a whiff of that Roger Corman-cheapness. He was especially at his best (financially and critically) when he had Jacques Tourneur directing under his wing, the two of them giving the world Cat People, I Walked with a Zombie, and The Leopard Man, all giving the world philosophical frights through expressionistic shadowplay without betraying that they’re using Welles’ leftovers to provide it.

Mario Bava (1914-1980) – You must give the Italians at least one thing for horror cinema (actually, you have a lot to owe them, but let’s not be here all day)… they knew how to make it a visual experience. And Bava is maybe the single one of the three Italian artists listed here who owns that shit – no matter what genre, from Danger: Diabolik to Twitch of the Death Nerve, or what palette from the black-and-white ghostly Black Sunday to the bombastically grave Kill, Baby! Kill! – Bava took what was on the screen and made visual beauty out of it, even when the subject would have be as exploitative as a giallo plot.

Roger Corman (1926-present) – I did just talk shit about Corman’s cheapness when bringing up Val Lewton, but of course, I still love Corman’s work no matter what. And when it’s clear Corman loved Edgar Allen Poe enough to work with American International Pictures into making them a Hammer House for Poe’s work, I would have been on-board even if I didn’t love those movies. But thankfully, I do for the most part – as Corman’s Poe adaptations have been allowed an impressive amount of dignity in their presentation (if not their narrative) while employing the classical talents of Vincent Price for all but one of them to provide a sophisticated levity to the fact that these are still just popcorn muncher pictures. The AIP Poe works are the most obvious reasons to have Corman here, even if New World Pictures produced (Children of the Corn, Piranha) and distributed (Hellraiser, Creepshow 2) a lot of my horror nostalgia hallmarks. 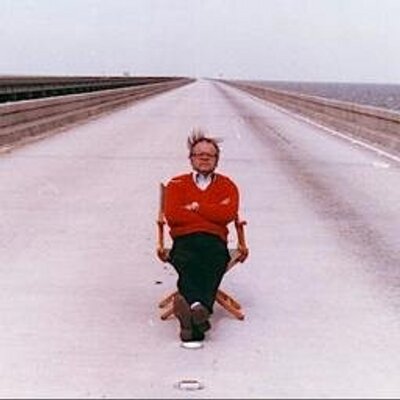 Lucio Fulci (1927-1996) – When I hear Herschell Gordon Lewis referred to as the self-proclaimed “Godfather of Gore”, it makes me start boiling just a bit. The largest of reasons is because Lewis is obviously lifting off of Fulci’s legacy for a quick buck and, my friend, Lewis’ “gore” has nothing on the flow Fulci’s got for you in Zombi 2 or The Beyond. Plus, Fulci’s got more nightmares in store when you consider the banality of his Gates of Hell saga and how no movie can ever copy it since. In careers as versatile as Fulci and Bava, they’ll remembered as horror filmmakers for a reason.

George Romero (1940-present) – Romero’s reason to be remembered as a horror filmmaker a little more bottlenecked than the others – his most welcome contribution to cinema has been the Dead trilogy (not even the entire series – which I’m fond of), just the first three movies. And all for the more superficial elements such as “Oh look this is how zombies walk, and this is how zombies talk…” rather than his craft. But believe it or not, it matters, like Bava spawned the slasher genre from his work, Romero ignited an entire subculture based eagerly on zombies that have ever since taken a leaf out of his book, even when they tried to reimagine them in the 00s as speedy and more aggressive, there’s always a glint of Romero in that. And none of them anywhere near as policitized or as rich in commentary as Romero’s zombies, they’re always more cheap thrills than anything. I also really like The Crazies, Martin, and Creepshow (and I think his work for Resident Evil 2 and The Misfits’ “Scream” show he’s still got some joy out of his work), so I wouldn’t say his craft is a complete loss. Dario Argento (1940-present) – Oof, Dario, my man… time has not been good to you, has it? But that’s ok, you’re still my favorite, with your work being amongst the most hallucinatory indulgences in all of cinema, from the lavishly intense color of Suspiria to the mindgames of Deep Red with the climactic power of Opera and the genre play of The Bird with the Crystal Plummage, Argento once was at the top of his game as an Italian horror artist. Maybe he can hit again, but even if he has plagued us with 3D Draculas and post-Oscar Adrian Brody, he’s still got a powerful enough streak of perfect horror cinema to dive into.

David Cronenberg (1943-present) – I don’t think we give enough credit to the body horror genre for taking a worldwide phenomenon everybody was so afraid to acknowledge was real (*cough*AIDS*cough*) and turn into the nightmare fuel everybody thought it was the whole time under their feet. Of course, it’s maybe a little bit crass, but not with Cronenberg, who delivered such brilliance as Videodrome, The Brood, and The Fly with enough psychological anchoring and empathetic presences (particularly Jeff Goldblum being so very repulsive and yet heartbreaking in The Fly) to make body horror a work of art rather than a source of easy gore and shock factor.

David Lynch (1946-present) – Motherfucker, if you were bothering to read this blog at all, you knew this name was going to show up.

Sam Raimi (1959-present) – It takes a lot to hold on to the balance between terror and laughs and know when to let go at all and Raimi’s never ever been able to slouch on that. His gift has always been an insistence on madness being at once comic and horrific to undergo at once and the fact that the Evil Dead trilogy has always been ready to counter the torture Ash undergoes with some comic foil ready for the next shock makes Raimi’s like some sort of sideshow spectacle. And while he’s let his habit of using the same toolbox of compositional and kinetic cinematography be used in other non-horror films, it’s remarkable enough to note how versatile his talent as a slapstick sort of filmmaker has proven, especially in the case of the Spider-Man trilogy.

Rob Zombie (1965-present) – There’s a principle I’ve always applied to my idea of cinema which is – movies are at their best when they’re made by people who love to make them. Which isn’t entirely the case, but it’s often enough to be considered a constant in the amount of movies I’ve seen and Rob Zombie is maybe one of the living breathing manifestations of that in a way. Which isn’t to say I like all his movies, I think Halloween II has strong points but utterly fails, I don’t find any humor or fun in The Haunted World of El Superbeasto, but I digress a bit. Zombie is the sort of artist that injects his sort of trashy, bottom of the barrel, intense attitude to every single one of his works (music and movies) for better or worse and he wants not one of your horror movie milestones, but all of those motherfuckers – Psycho-Killers (The Firefly Family films), Slashers (the Halloween remakes), art-house (The Lords of Salem), Exploitation (Werewolf Women of the S.S.), monster movies (his failed Blob remake), animation, he’s coming for it all and spitting out the bones because he loves horror enough to want a hand in it all.

Ti West (1980-present) – Yet another guy who loves horror enough to dedicate a major amount of his life to it (only with his latest feature is he actually moving on a different genre – after 11 works of horror cinema under his belt in his still early career) and even if he’s not nearly as daring as Zombie is, he has a knack for both making wonders out of feet-on-the-ground low-budget filmmaking like Romero or John Carpenter before him AND for picking up the pieces of genre techniques and elements that other filmmakers have already perfected and making a movie that still feels completely imaginative and new out of them (then again Zombie was already a music star so he didn’t have much to lose like a young guy trying to make movies from Delaware would have). West’s talent with The Roost, The House of the Devil, and The Innkeepers promise a string of worthwhile revisits of old tropes simply for the sake of the fun of being spooked, rather than out of some need for self-analysis. Sometimes guys just want the ghosts to be ghosts.