Sam Raimi’s original Evil Dead trilogy hits a pretty sacred spot for me. The first entry is the first NC-17 movie I’ve ever watched, a horror movie that jarred with my previous idea of Raimi as the director of something as wholesome as Spider-Man, and a truly demanding work of emotional exhaust. The second entry (for the record, the last one I saw) is a rollickingly impressive toss of slapstick and disturbing material that deftly avoids undercutting the comedy or terror of the moment. The third entry is of course just a good-time adventure picture reminiscent of the ol’ Harryhausen works that made me want to grow up to be Bruce Campbell’s Ashley J. Williams and one that is absent of horror movie elements in a deliberate manner. They’re all pictures I have intense nostalgia for and while I accept the flaws in them (except Evil Dead II, it is flawless, fite me), they are movies I don’t take to kindly to remaking.

Even the original trio of producers – Robert Tapert, Campbell, and Raimi themselves – through their Ghost House Pictures company were the ones who had an active and involved hand with making Evil Dead, Uruguayan filmmaker Fede Alvarez’s feature-length debut after making a very impressive (in spite of film grain and some dated CGI) indie short film on YouTube called Ataque de Panico (if you’re into giant robots like I am, check it out, it’s only 5 minutes long). The more news I heard about it, the more jaded I was towards the idea of the remake all the way into the advanced screening I sat in on surrounded by folks excited for the return of the “Ultimate Experience in Grueling Terror” and once it began… well…

Rather than Ash and his close friends, Alvarez and Diablo Cody’s scri– wait, what the fuck?! Diablo Cody? Seriously? Huh. The script focuses on five friends along the same relative lines towards each other as the original gang: David (Shiloh Fernandez) brings his girlfriend Natalie (Elizabeth Blackmore) to a retreated cabin in the woods in the hopes of connecting with his sister Mia (Jane Levy), whom he’s had a strained relationship bordering on abandonment long since the death of their mother. Mia’s own friends Eric (Lou Taylor Pucci) and Olivia (Jessica Lucas) are already there to lay down the real stakes of David and Mia’s reconciliation – Mia has by now had an alarmingly near-fatal heroin overdose and they’re keeping her out of the world for a while to help her break out of her addiction.

There are many reasons why it pains to say that (despite reviews picking on the characters) this focused-on group – although pretty much nobody in it is three-dimensional – are significantly more interesting than the cannon fodder of the original 1981 film’s five people. One of the reasons reciting this fact frustrates me will be obvious later on in this review.

During this retreat/intervention is when Eric and David dig around and end up finding the Naturon Demonto and Eric screws around with it enough to mean bad juju for the group, begin with the possession of Mia and the utterly disturbing self-torture her possessed herself through. Dismissed as heroin fit. Which, needless to say, will bode very unwell for these folks.

OK, with that plot run-through done with, I’m sure it’s ok to just come out at this point and say that Evil Dead ’13 at once assuaged half of my doubts and unfortunately validated the other half and that’s why I haven’t grown as appreciative of it as a movie as most of the other Evil Dead fanatics I know who are every bit as dedicated to that trilogy as me. It is actually a really well-done film, dedicated to practical effects in gooey visceral manner akin to Raimi’s own magic bag of tricks (if not as much with giggles that keep us from going “ew!”). Fede Alvarez probably has a great amount of future in a cinematic craftsman as he’s just about ready to spray shot by shot without any discrimination with blood whenever he can. He does it well enough to be believable and make us avert our eyes – maybe the biggest point of this for me is when Mia, possessed, deliberately scalds herself in the shower to the point of boils erupting on her body.

Which could go both ways really – technique aside. It’s fine to recognize the Evil Dead franchise as one based largely in its physical violence and DIY pools of red, but it’s always been more than that, underneath it. The first Evil Dead wasn’t just a splatter pic, it was a ghost story that spent half of its runtime establishing the mood and the location of its terror, building itself up. Evil Dead II was essentially one giant showpiece for the talents of Bruce Campbell, God bless him. Even say the classic early works of Peter Jackson could specifically be defined exclusively by being a bloodbath (though personally I feel Evil Dead ’13 out-bloods Dead Alive by a bit) took it to being more than a flow and based its viscera display on a sense of humor that Jackson made appealing without being ordinary.

But it does. And it stares me right in the fucking face.

Mia’s struggles in trying to break out of her heroin addiction. Any movie with a premise based on the bodily tortures of someone by their own hand or a friend’s and bothering to use THAT as a backstory for one of the leads must be able to see how easily one could compliment the other. But the movie screws itself over by making Mia essentially the first victim of the possession and, as such, she’s out of commission for most of the picture. We don’t get that sort of depth to the story and it was right there… right there in Alvarez and Diablo Cody’s faces. The most we get as a result is when Mia first starts acting strange, her friends and brother act horribly dismissive towards her actions as a withdrawal fit. Like goddamn. Such potential wasted.

On the other hand, it’s possibly this might be a blessing in disguise. Most of the film lies on Shiloh Fernandez and Lou Taylor Pucci’s shoulders and tell you the truth, neither of them are nearly enough to hold my attention long until the next violent setpiece. Hell, they don’t have the same blank [insert victimized posture here] presence that Campbell’s unimpressive performance in the first film had, they’re just reciting words about “insanity” and such. Can’t say much about Jessica Lucas or Elizabeth Blackmore. Jane Levy is easily best in show and that’s because she has a lot more descent into madness to work with, as well as being the easiest emotional anchor, even once she’s far gone into Deadite territory (if I’m being honest, I can’t tell where Levy’s appearance ends and Randal Wilson’s performance as her possessed version begins because they compliment each other so very well). So, if they did try to make it a tale of dealing with addiction, they may very well have had the movie fall on its face.

As such, the movie simply stands as a testament to how much blood one can spill into a movie before the MPAA tells them “Whoa… no…” (right down to a final setpiece that had my friend whispering to me in the theater “Slayer would be proud”) and that’s fine enough. It doesn’t make for a bad movie at all. But it makes for one that leaves a lot to be missed in terms of substance, especially when teased like it is, and all the bloody gushiness in the world can’t make up for it to me.

On a final note, all that shit in the credits. In the theatrical cut, it’s all the biggest fan service that could bug me. It’s great to see Bruce Campbell’s face, but we didn’t need it. It’s cool to hear Professor Knowby’s voice, but it’s after the fact. And in the TV/Home Video cut… well, what was necessary about the car scene? There’s no tension, nothing implied, we just know “Oh, she’s… not possessed. Which we knew.” 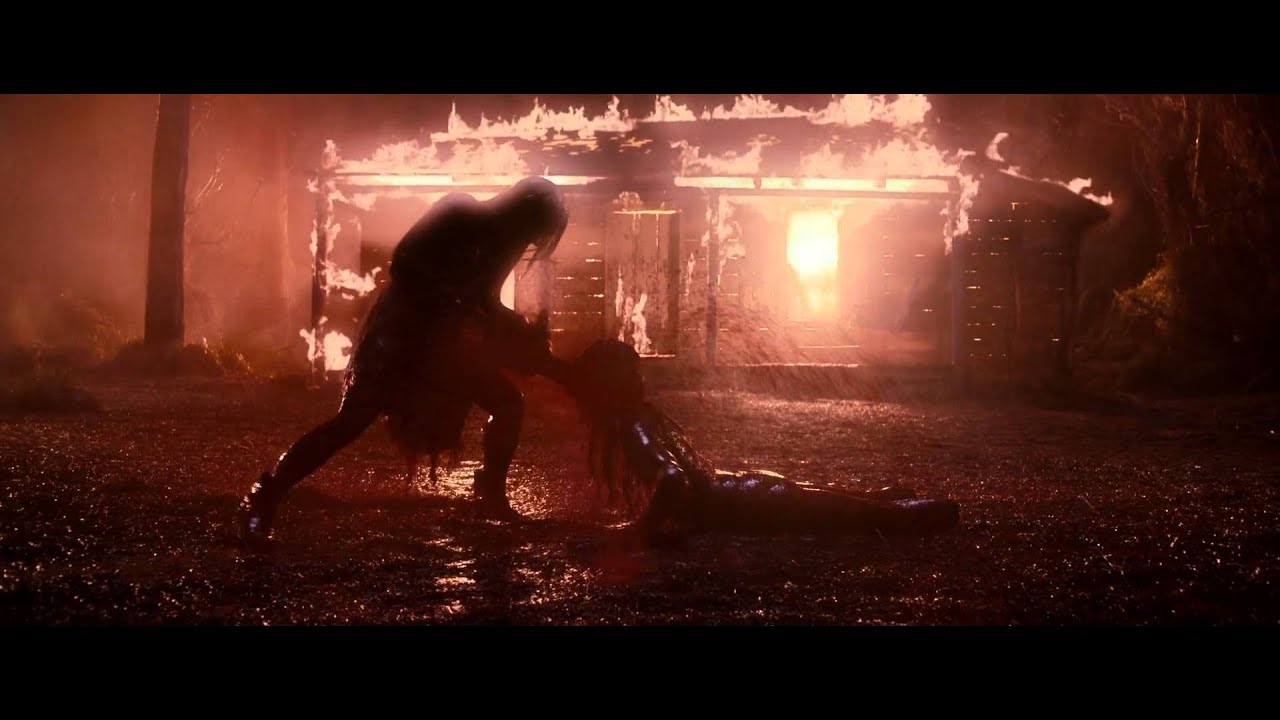