The word ‘grotesque’ is the perfect word to describe Alejandro Gonzalez Inarritu’s The Revenant. It is simultaneously one of the most beautiful and one of the most disgusting films I’ve ever seen in my life. Shockingly graphic and realistic images of scalpings, guttings and bear attacks are often immediately followed by breathtakingly gorgeous and serene images of nature. It’s unnerving. I’ve run out of adjectives to describe how beautiful The Revenant is. It’s a goddamn work of art and solidifies Inarritu as one of the most important artists of our time. This is groundbreaking filmmaking.

The story of The Revenant is relatively straight forward. A French frontier man Hugh Glass (Leonardo DiCaprio) guides a group of fur traders (Tom Hardy, Domnhall Gleeson, Will Poulter) through the icy wilderness. When Glass gets his shit rocked by a bear, he’s left for dead and must survive on his own. Glass goes through a series of unbelievably painful and harrowing challenges. He has a series of deeply symbolic prophetic dreams. He won’t rest until he gets his revenge.

Far and away the most unspectacular thing about The Revenant is the screenplay. Compromised of not many words, characters for the most part  speak in a way that only progresses the plot. Early scenes involving Glass telling his half-Native American son “You are my son!” over and over again get a bit silly and repetitive. All the technical aspects of The Revenant are astonishing. Innaritu’s direction and Emmanuel Lubezki’s cinematography are far and away the best elements of the film. Using only natural light, Lubezki captures nature as this beautiful but sinister force. All of the battle sequences are tightly shot and compromised of several long-lasting single tracking shots. As an audience member, you feel like you are right in the middle of it, exhilarated beyond belief and scared out of your fucking mind. Inarritu and Lubezki’s images are powerful on their own but when supported by seamless film editing, crisp sound editing and a powerful score, they are transcendent.

So much has been said about Leonardo DiCaprio’s performance and for good reason. For years the actor has been playing it safe with relatively straight forward performances. Here he completely pushes himself out of his comfort zone and the results are compelling. However, for as good as he is the character itself seems underwritten. We never get a feel of who exactly Glass is other than a desperate man trying to survive. The story gives him a son and a dead wife, but not much in the way of a personality. The same can not be said for Tom Hardy’s Fitzgerald, who is a wholly realized villain driven by the inability to trust anyone due to past traumas. I’d argue the best performance of the film is given by Hardy, inarguably the most nuanced performance in the film. Hardy makes this character instantly unlikeable without ever going over-the-top with it. Perhaps what makes this character so hard to watch is that he doesn’t relish in being the villain. In age where charismatic and flamboyant antagonists are the norm, Hardy gives us a truly despicable prick. He hates himself and everything around him, this is a man who is incapable of enjoying anything. 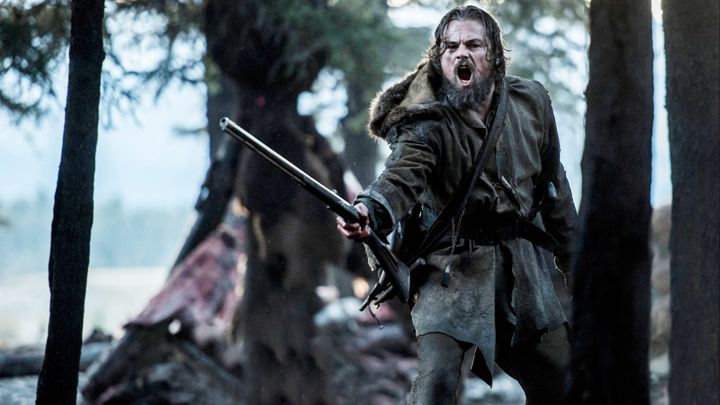 The Revenant runs two hours and thirty-eight minutes, but it never once loses your interest. It’s long and grueling, much like Glass’ journey, but you won’t soon forget it. Grade: A-