I feel really bad for Tim Story as a director. Not too bad, since when one looks at his grosses, he’s arguably the most financially successful black filmmaker in the business – even if he doesn’t get as much spotlight on him as Tyler Perry or Spike Lee. But it’s clear that ever since his enjoyable low-key breakout of Barbershop, he’s been working with material he very clearly does not have any possible use for – from two of the most maligned superhero films of all time facilitating a cinematic legacy of the Fantastic Four as the most movie-cursed superheroes, to French film remake turned Queen Latifah vehicle, to a Steve Harvey relationship advice book (though Story and cast and crew were able to turn the last one around and get the last laugh… until suddenly a sequel got attached).

Story has never been a poor filmmaker but he’s never had material like Barbershop that allowed him to really stretch out his skills and tell the sort of stories he wants to tell. Since his initial success, it has always been critically-maligned and box-office dominating material. If he were a little more skilled, maybe he’d be able to salvage the critical reception of the film but he’s not writing those scripts except for the only one that pretty much worked (Think Like a Man, the Steve Harvey one).

Now, if you’re expecting that to be the prelude of a sudden change in the winds, I’m going to let you down slowly. There is no possible way a movie that functions half as Ice Cube-Kevin Hart vehicle and half as another in a long line of Lethal Weapon remakes was possibly going to be the sudden chance for glory that Story was looking for at all. But credit where credit is due, despite not being particularly “good”, Ride Along is a movie that gets to sidle alongside Barbershop and Think Like a Man as one of his “not-bad” films. 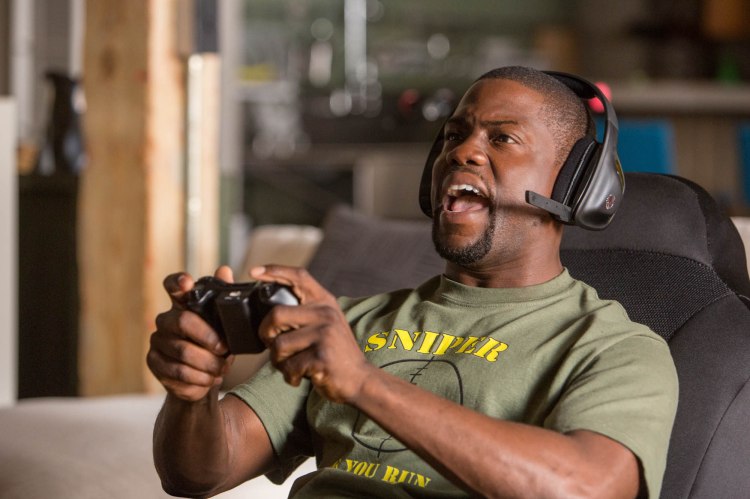 Ride Along‘s boilerplate template as a buddy cop film plops the role of Ben Barber into Hart’s hands, a security guard awaiting his acceptance into the Atlanta Police Academy. The day he receives word that he’s going to be enrolling, it’s exactly the sort of validation to a better life that he needed to push him into proposing to his girlfriend Angela (Tika Sumptor). Less enthusiastic about this opportunity is Angela’s boyfriend, James (Cube), who is exactly the sort of idealised cop Ben looks to becoming like – loose-cannon, dogged pursuit of leads, fixed scowl on the face, boss threatening to take away his badge and gun, the standard for “doesn’t play by the rules”.

So, James offers to bring Ben into a ride along for a day while he and his partners are particularly in the middle of an intense investigation a local gangster arms dealer named Omar. The hope is that the events of the day will prove to intimidate Ben enough to have him quit his pursuit of police work and have Ben feel unworthy of being a part of James’ family probably as a cherry on top.

Obviously, since you can map out these cliches on a map, you can figure that later on in the film Ben showcases some kind of out of the box skill (largely based on his enthusiastic video gaming hobby) that helps in identifying and capturing Omar. It’s hard to figure out how that “skill” is not just Ben not getting his jaw blown off while he yammers continuously to people he should not be yammering to, but something works because of Ben and I’m not shocking anybody by acknowledging the complete predictability of the script drafted by Greg Coolidge, Jason Mantzoukas, Phil Hay, and Matt Manfredi. The script is not a boon to the film, even if it’s not dysfunctional.

Of course, the things that work about Ride Along most seem to be divided by who is dedicated to adding what to the film. Story as director is apparently 100% concerned with framing and pacing the script itself as an action film, downright to making most of the scenes just either counting down ’til we meet Omar or the next shootout action scene. Hart as an actor, in the middle of the whole world’s “Kevin Hart Is the Funniest Man in the World” phase (which I wish I were present for when we voted that because I’d have something to say) when the movie was released in 2014, can not possibly find a way to fit his talkative energy into an action movie. But hey, it’s a good thing buddy cop films demand comedy. Comedy demanding of chemistry from its two leads, which Cube is game for as an extreme foil to Ben’s naivete by being the angriest sonofabitch in the film the only way Ice Cube can be expected to be the angriest sonofabitch. In James and Ben’s anti-chemistry from James’ obvious disgust towards Ben as a person getting in their way is the only possible thing that could keep Ride Along from being generic.

Still, the rest of the movie can’t hold water in that realm. It avoids sinking, but there has been a hundred Ride Alongs made since 1987, the fact that we have another just been released a week ago that dislodged Star Wars from the weekend throne means its going to be a continuous game until maybe the end of cinema as people continue to buy into it. Ride Along barely does anything to distinguish itself amongst the white noise of the buddy cop genre, opting to play it safe without making any huge twists against it or imbuing any possible personality. It’s the most inert ride it could possibly be. And so continues the legend of Tim Story and his misfortunate run of films, miles to go before another Barbershop… 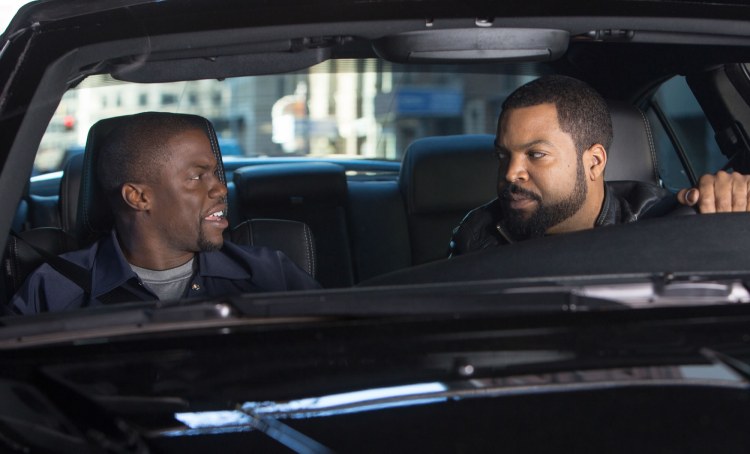