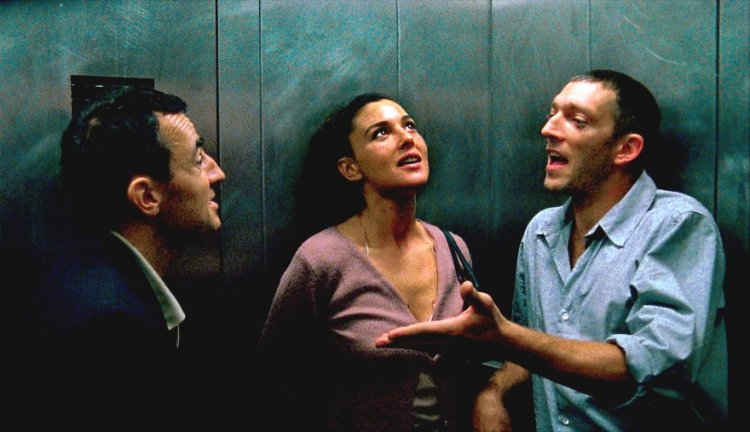 Confession time: To date I have only seen the 2002 film Irréversible out of Gaspar Noé’s output. I got halfway through Enter the Void when I got distracted by other matters and never returned to it, never tried I Stand Alone, and I simply was too busy to catch Love and wonder if it’s worth the watch without 3D. Still it is very easy to see simply from the limited exposure I have to Noé’s work how eagerly he slips into his role as one of the frontrunners of the New French Extremity movement, movies from young French filmmakers between the late 90s and early 00s that stress an ugly shade over sex and violence.

I never once got the feeling Noé wants me to feel comfortable. Hell, the very NSFW posters for Love are the kind of thing your local theater – arthouse even – wouldn’t want to display. Hell, the very credits of both Irréversible and Enter the Void both invite a precaution before beginning to watch the film proper – the former an ominous almost invisible mess of colors that don’t mix well without giving you a headache, the other a barrage of unstoppable nearly unreadable credit names flashing in and out, both credits to the pounding of Thomas Bangalter’s drone – 1/2 of the famous electronic duo Daft Punk this time around decidedly removing the melody so it just feels mechanical and cold.

Or hey, if it’s not really all that obvious that Noé wants to get under your skin, make it the fact that the movie I am about to review – Irréversible in case it’s not obvious – is notorious for a 10-minute rape (and potential murder) scene that takes place in the middle of it. So yes, now we have gotten to that. And it is the worst fucking thing to sit through and almost singularly the reason I will probably never watch Irréversible again for the rest of my life and there is no way you can make me.

We don’t exactly start with that as the movie bases itself on two creative decisions between Noé (who quadruple threats as director/”writer” – since the film kind of is semi-improvised in dialogue/editor/”cinematographer” – essentially an Assistant Camera but he gives himself the credit anyway) and cinematographer proper Benoît Debie (who thankfully did not have to relinquish his credit). The first is the one that would obviously require the complete synchronization between Debie and Noé – the movie, much like the Iñárritu/Lubezki production Birdman or (the Unexpected Virtue of Ignorance) that followed 12 years after this film, would be entirely manipulated to present its sequence of events under the illusion of a single unbroken take. This unfortunately includes the notorious rape scene and, while Debie is eager to allow the camera to swerve all around disorientingly and try to push the viewer into vomiting from the very first temporal transition, it is among several scenes of confrontational elements or mean-spirited brutality where the camera is in total focus. Visual gimmick completely, but the second creative decision only intertwines with the first in a manner that presents the film as a temporal stream.

You see, the sequence of events in Irréversible is presented in reverse chronology. Beginning with a brief sequence of a man (Phillipe Nahon) candidly discussing his incestual relations (I am to understand the character is actually the lead of Noé’s debut, I Stand Alone), we then witness the arrest and hospitalization of Marcus (co-producer Vincent Cassel) and the arrest of his friend Pierre (Albert Dupontel) outside of a gay club Le Rectum. As we go further into the club through a ventilation system and with a sound mix that feels like it’s giving me a headache and threatening to crush my cranium, we discover Marcus and Pierre being involved in a heated vendetta against a man named Le Tenia followed by another grisly and ghastly moment of extremely violent brutality – with the same steady camera movement by Noé’s very hand watching it. I can’t say the CGI holds up as well these days, but Debie has bathed the shot in a single-block of harsh eye-watering red with widescreen grimy 16mm to catch it (shadows only present to shape the objects on screen rather than give any expressionist style to it) that it hides what we could easily catch just as well in the moment..

The rest of the movie is spent contextualizing the cause of Marcus and Pierre’s rampage, which doesn’t take long to identify to be the notorious rape and hospitalization of Marcus’ girlfriend (and Pierre’s ex-girlfriend) Alex (Monica Bellucci, then Cassel’s wife as was probably known all around France. Noé approached the couple to work on Love long ago and that transformed into this project and that must have been an extremely interesting spousal discussion). All done in an angry red frame constructed by the set design of the underground tunnel, washing out the colors of even Alex’s dress to a discomforting fleshy tone under the 16mm. The scene also provides a shocking revelation in regards to the man Marcus and Pierre were hunting and in relation to their opening vengeance. But then that only presents itself about halfway through the film’s generous 97 minute runtime where a friend of mine actually referred to the film as “a banal comedy of manners” and that’s actually pretty apt to refer to the second half of Irréversible in such a manner as it presents (still in reverse chronology) Alex, Marcus, and Pierre attending a party together until Alex is turned off enough by Marcus’ extremely odious and alcohol-attitude attitude towards everything and everyone (as Cassel as an actor has always done so very well to portray characters either odious or full of rage – see La Haine or Black Swan). 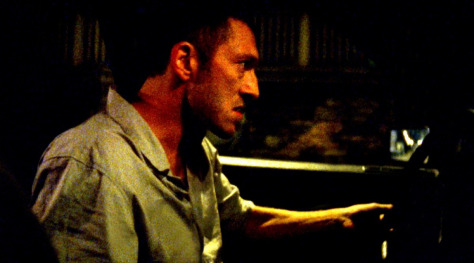 When I saw the movie and had to orient myself to its chronology, my thought was that it was done as a way of thinking back after a tragedy to what led to it and how one could have avoided it. At least, that’s where my mind goes when I have to go through something tragic. But it turns out that within Irréversible‘s second half, it has a whopper of a revelation it tosses off as a simple throwaway bit of information we just now gain about the three characters we’ve witnessed suffering or handing out suffering. Least of all, the final scene, right after we learn what we learn, is meant to be superficially presented as a moment of bliss and peace, maybe earned after everything we witnessed… except we can’t accept it with all of the movie’s content in the back of our mind. Not least of which because Noé is still eager to spin the camera around nauseatingly and blinkingly run up the shutter speed until the movie returns back to its headache-inducing form. It’s a bullshit fake happy ending and it knows it’s tearing us apart with it.

It’s not much of a secret that I don’t think much of controversial material for the sake of controversy. Fuck off with your Harmony Korines, I don’t really think much of them when they’re just jumping at the chance to go “fuck you” over misery business with nothing of true substance beyond it.

Irréversible should not have been my wheelhouse of nihilism, but it got by on several things – its dedication to using its visual and narrative conceits (trying to pick a less-honest but more humble term than “gimmicks”) to actively contribute to the “it’s a ride” atmosphere of the whole picture. Which it is. The actors are mostly just elements we witness rather than actual real people. It got by on its illustration of the backwards momentum of memory, how we look back on better days while we’re stuck bleeding to death on a gurney like two of the characters almost certainly are.

But it’s the final two scenes… that really aid how Irréversible gets by in my eye as a great big “Gotcha!” for once on mean-spirited nihilism pulling the rug the fuck out from under me. This is something I rarely see a picture accomplish to me as a viewer personally. Von Trier couldn’t do it, Korine wishes he could, not even Natural Born Killers could. No, Irréversible is the one that actually got its cake and ate it right in my face as I walked away from the movie knowing I got out of a pretty singular experience (there is NO cinematographer like Benoît Debie today with a chaotic eye for fluorescent color and how it sets the mind’s eye – sorry Larry Smith, still love your Kubrick and Only God Forgives work; and honestly even if one doesn’t necessarily respect Noé’s work, his last three films honestly show an eagerness for experimentation that we need more of in cinema today. Noé has imagination in spades, just 30 minutes of Enter the Void will tell you that), but feeling a hell of a lot more miserable than I had been in a while. Things were floating in my head I didn’t want there, I couldn’t really cheer myself up.

Irréversible is not the sort of movie I can recommend to just anyone and I don’t think it’s really everyone’s cup of tea. It is a savage, disgusting, painful film to put yourself through… one that you have to prepare yourself for before you allow yourself to deal with what you’ve watched. And that doesn’t mean you will have a good time.

Here’s some kittens to lighten the mood. 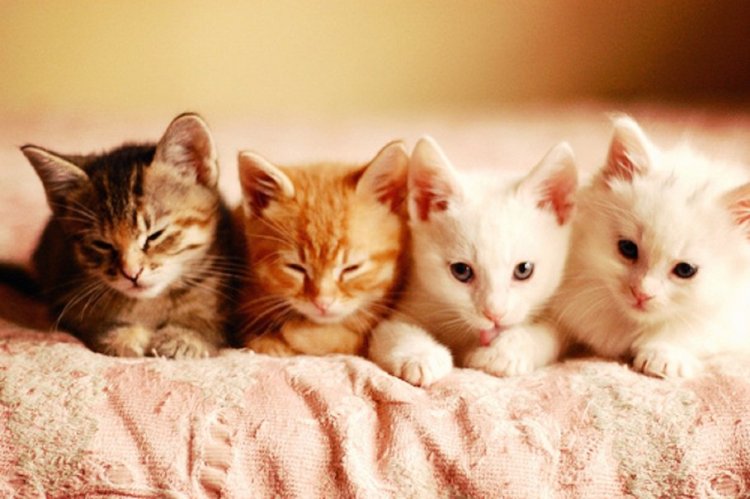