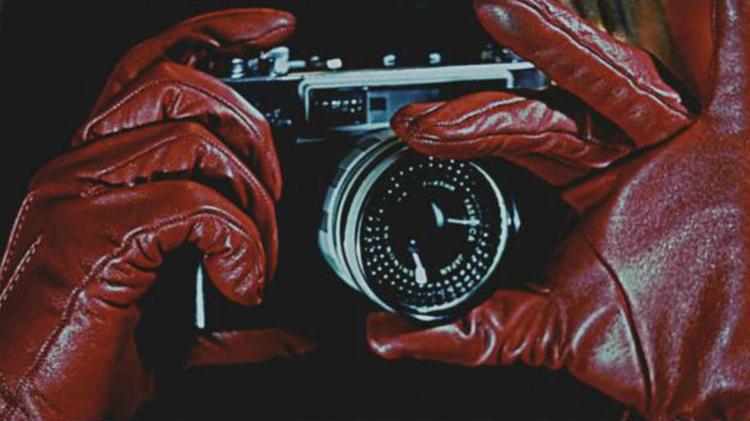 This review is in part a preview of the 2016 Popcorn Frights Festival in Miami, FL to take place over 12-18 August at the O Cinema Wynwood. The subject of this review Francesca will be playing on the 15 August at 7 pm EST. More information on the festival can be found at their website and Facebook. Tickets for the festival can be ordered here.

There are two opening gestures within the first ten minutes of Italian/Argentine horror production Francesca (it should say the most promising things to the movie that I had a lot of troubling squaring that it wasn’t a purely Italian production, in a manner that will be obvious by the first frame of the film and the end of this review) that bring attention to themselves in the most obvious manner and make clear what director Luciano Onetti (who pulled multiple duties as cinematographer, composer, editor and co-wrote the film with his brother Nicolás) intends to do both in style and storytelling. The immediate first gesture (after a dedication “A Mama” that takes a particularly ironic tone after the fact) is to actually have the frame of the film open itself up slowly to reveal the source of a windy soundscape of a dark sky until it reaches an aspect ratio of 2.35:1 – the preferred frame for anamorphic 35mm film in the 1970s.

Which seems like something absolutely disposable and hardly noted by a casual viewer of movies except as a slimmer wide frame than the US standard, until you realize that it is a ratio that is favored in many works of giallo pictures (an exclusively Italian genre Agatha Christie-esque murder mysteries with a particular flavor for bloody knife deaths that had its great run between the mid-1960s to the late 70s), particularly by giants to the genre as Dario Argento and Lucio Fulci. It’s a subtle stylistic move that clearly announces the intentions of the movie to sit comfortably alongside the greats of those artists from the very first frame – Don’t Torture a Duckling, Deep Red, The Bird with a Crystal Plumage, The New York Ripper, Opera (it is also an aspect ratio shared with Suspiria, arguably Argento’s most famous feature, and while I personally am quite peeved by the idea of categorizing it as a giallo – it has supernatural story elements you will never find in any of the “grounded” giallo films – it is nonetheless considered one by enough people to at least receive a nod).

If that is missed by anybody, the second gesture I allude to is a big enough deal that it literally stopped me in my tracks and made me decide to really strap myself in for the movie I was watching. After a chilling moment of sadistic child-on-infant violence with credits overlayed on top of it, the movie proper feels ready to begin with a completely giallo-esque presentation of the unknown killer in bright blood red attire including raincoat, gloves, and later in the film a wide-brimmed hat, prepares to murder its first victim with a ritualistic atmosphere provided by the cuts Onetti gives in rhythm to the worshipful dark recitation of Canto III from Dante Alighieri’s Inferno, a piece which is continuously reference directly throughout the film (I also get tickled by the direct quotation of “Gate of Hell”, bringing to mind the OTHER great Italian horror subgenre). It’s a hypnotizing scene that draws you in with absolutely no trip in its deep pace – even the screaming of the gagged victim matches up to the magnificent rhythmic soundscape – before being absolutely thrown off that trance with a savage stab to the mouth, blood dribbling from the tape that bounds our victim so messily that we suddenly remember that we’re watching a horror movie. But that’s not what pulls me back.

What really did was the fact that the credits – which, maybe I do not speak Italian, I was meant to believe were concluded – actually commence only after this woman has been murdered and the killer is now preparing her body for the daylight discovery of a witness walking her dog (Antonieta Bonarea) and the subsequent involvement of our investigating Detectives Bruno Moretti (Luis Emilio Rodriguez) and Benito Succo (Gustavo Dalessanro). Our detectives will come to discover that the disappearance of a young girl named Francesca from 15 years ago may have something to do with these murders. In any case, Francesca‘s concern with willing to completely pause its credits to dole out a very well-crafted scene that kickstarts all the plot tells me three things:

The first is a more overt announcement of the film’s giallo intentions, forgiving me for reading into the aspect ratio now that it’s willing to really put some blood and garish color (especially in the killer’s costume, absolutely the brightest color element in the whole film). The second is an intention to announce that this movie is not going to bother slowing things down and will absolutely run through its mystery with the briskest efficiency, regardless of the layers it may introduce to the plot. This is a promise the 80-minute feature makes very well good on, running so fast into moments that it’s willing to introduce the Detectives’ investigation of crime scenes, cut into a flashback of a witness’s memory, and then cut straight from that flashback to the scene chronologically AFTER the witness is being questioned even while his or her narration continues. Editing gestures like these simply want to move on to the next big kill moment and only leave the Detective’s untangling of the convoluted pattern of kills for the function of the genre and it shows a very delicate ability on Onetti’s part to make sure the audience is not in the slightest bored while telling them “if you’re lost, it doesn’t matter! Here comes the really good stuff, anyway” on to a moment where somebody gets a knife through the throat or an iron press to the face.

Which leads to the third and most telling thing about this move – Onetti is willing to stop the movie from properly starting because he’s really damn proud of his craft and wants you to see it. It is in itself an attitude of the film that is well-deserved in my opinion. What Onetti has done is built up a time capsule of a film from the ground up, using whatever budgetary and lo-fi limitations he has to simply add to the 70’s Italian aesthetic while being mindful of more modern visual language as to allow the genre more accessible to people who simply aren’t as familiar with the movement (though I can’t imagine anybody walking into this film without an idea of what it is) and invite their interest, anyway. This twist on lo-fi filmmaking is especially prevalent in the soft focus and lighting give that grimy old picture feel, accented by a subtle blue color tone (most obviously in interior sequences) that add to the bloated dead feel of the picture, before the presence of the killer’s red dress cuts into that soft tone and another throat. The editing is easily the most modern part of the film, though it favors using canted angles that give the film a 60s hallucinatory vibe, by matching up to the rhythm of the moment like that opening kill promised. Neither of them are the perfect work of a master with either dodgy cuts (a one-second cut at the very beginning calls way too much attention to a fake baby, even if its blink or you’ll miss it), somewhat alienating effects that are so outside the realm of the sort of sophistication Onetti mostly displays that I think it’d be an injustice to call them deliberate goofs (an establishing shot of a church tower warps and distorts like a cartoon manner that you’ll never find elsewhere), and a few completely out-of-focus shots that don’t work outside of the hallucinated moments of the killer’s presence. Still, that Onetti can single-handedly construct a genre picture that works in all the places where it matters AND keep a swift pace is impressive enough. 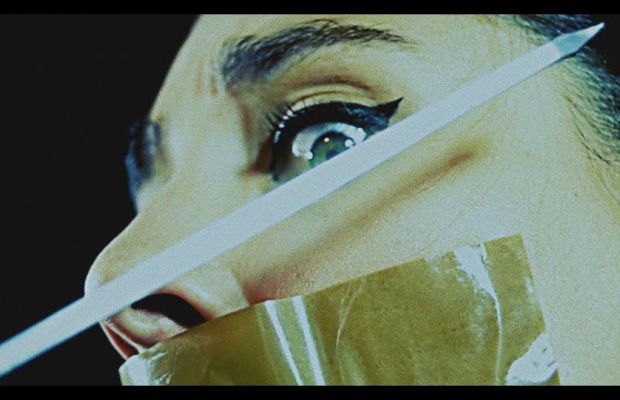 And that’s without mentioning how the sound design is easily the most enjoyable thing about the movie to me. Either simply because Onetti wants to match up with the historical habit of Italian productions during that era overdubbing EVERYTHING (giallo or otherwise) or because Onetti knows the true value of a good horror soundscape or maybe both, the point is that Onetti announces before any visual alarm an insistence that something is wrong by heralding a trapped claustrophobic interior tone (sort a muffled form of the opening exterior noise) before really utilizing all the Creepy Sound Effects 101 to great effect: canned baby sounds from a doll (especially with the phrase “Mommy wants to play with you”), piano, all the sort of perfect things to get under your skin and get you ready for when the killer comes out. That these moments are usually preceded by mundane investigation scenes only allows our ears to really pipe up once we hear it coming and that Onetti’s score – while not exactly original – plays well-enough into the time period the film consciously sets itself in pulls double-duty on recalling the dark audial violence of Fulci and Argento and letting it pulsate through the spine-chilling moments prior to a stab.

The plot is of such limited concern to even the film itself that once it ties itself up, it gives the viewer no room to square its final twists and moves right on to the crimson-backgrounded credits (and slowly closes off that aspect ratio in the very same manner). To its credit, though, I think it ties itself up a lot cleaner than pretty much most giallos (certainly Twitch of the Death Nerve and StageFright, amongst my favorites of the genre) and Rodriguez and Dalessandro doing a better job than you’d expect establishing the complete fatigue in their detective characters coming from their stressful line of cases previous to this doozie. And just as well, because what we truly have here is simply a lovingly sincere attempt to not just function as “homage or love letter to the giallo” but to outright insist upon itself as a new entry into the canon.

I don’t know about you, but I can’t see myself having a problem with giving it that. Nothing about Francesca is cynical or throws itself as a cunning wink to the genre as a parody, which might not make it more interesting than a great straightforward genre film, but sometimes that’s all you need and the giallo movement has been in such a drought (I mean, Dario Argento HAS NEVER MADE A MOVIE SINCE OPERA AND ANYBODY WHO TELLS ME THERE ARE ARGENTO MOVIES AFTER THAT IS LYING). All its flaws are to my mind honest mistakes, made by a pair of brothers on their sophomore feature with limited resources or a stifling in creative decisions who worked on this with the whole of their hearts, and all its successes are enviously impressive that leave me with more than just a feeling that anybody who comes across this movie is liable to enjoy it as a fan of good enthusiastic horror work. It also leaves me insisting that anybody who has as much an eagerness to consume giallo works like yours truly actively seek this out and leave me to seek out the Onetti brothers’ first feature Deep Sleep. And that’s not even talking about my excitement for what’s to come in the future for them. New blood was exactly what this genre needed and we got it.

(P.S. stay after the credits for one more special moment – besides the fact that the frame closes itself in the same fashion as it opens.) 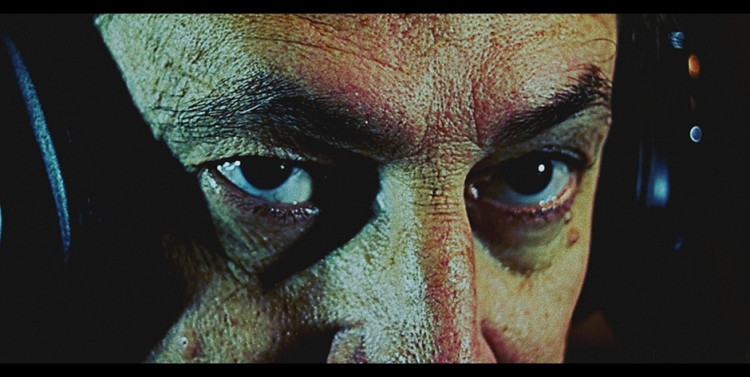 One thought on “Francesca Farmer Will Have Her Revenge on Rome”