I’m sure we can claim that Batman v. Superman: Dawn of Justice and Captain America: Civil War were always high-concept comic book premises that also had a large amount of fan insistence riding upon their development for a good long while (hell, the road to a Batman/Superman film is a long and interesting one almost as much as the road between Batman & Robin and Batman Begins). But by my count there are only two theatrically-released comic book films that can actually be claimed to be created from the ground up by the very will of the fans who promised by their souls to give all their money to said movie if it existed, because they’re indisputably the reason that movie got to be made by shouting enough. Both films are the absolute definition of Fan Service, top-to-bottom created to please the dollars out of fans’ pockets.

The most recent one is the DC animated feature Batman: The Killing Joke and frankly I found that to be a complete dunce of a picture that competes for the title of worst movie I saw this year. In addition to fast-tracked animation work that feels choppy and flat, a huge schism in its pacing (momentum has always been a problem with the recent DC Animation output because they literally have no idea how a “literature” pace and a “film” pace differ), and the first time Kevin Conroy truly felt too tired to play Batman (Mark Hamill is brilliant, though), the liberties the film takes with Alan Moore and Brian Bolland’s original source graphic novel ends up putting a new perspective on material I already found objectionable enough to the point that it’s one of the few Moore works I didn’t like and made it into a nightmare between fan-fiction and a misfire of character motivations. It was a wreck of a movie in every sense.

Thankfully, the other project hoisted up by the will of its fans, Deadpool, is actually quite a success. Not a huge success to me personally, mind you. I grew out of having a love for the sarcastic indestructible “merc with a mouth” before I even graduated high school and I was probably the only person who didn’t give a shit what happened to the character in X-Men Origins: Wolverine (not that I approved of it – it was a contemptible decision on the filmmakers’ part. I just didn’t care, nor did I pretend that’s the reason it was a bad movie. I called Wolverine bad for other reasons). But when it comes to what the fans demanded out of Deadpool, it absolutely delivered on those things. It was made for a certain type of audience, does everything it can to satisfy that audience, and considering I enjoyed watching it myself, I’d say that earnestness actually gives it a lot of attraction to other viewers as well who might approach the character clean. Fan Service in the most direct sense, nothing less or more. 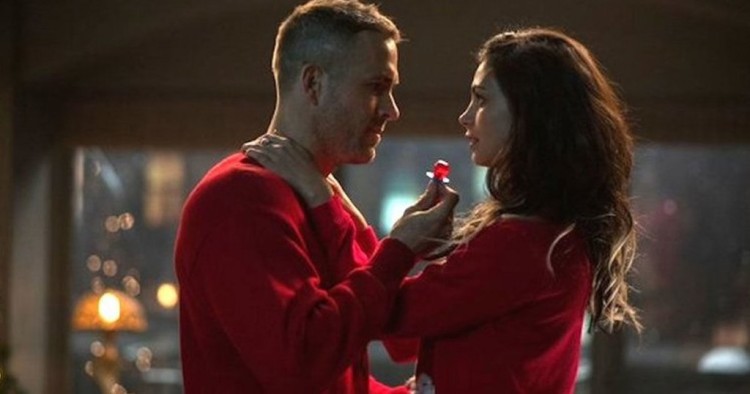 “Nothing more” meaning Deadpool is not the “genre-breaking” superhero dissection that some people are eager to call it (and that I still do not believe the genre ever received adequately). A lot of that claim is given over by two elements of its script – that Deadpool as a character is aware of his status as a film character (much like in the comic) and thus addresses the fourth wall many times AND that the movie itself is aware of the superhero tropes that it is walking through like a stepladder, from a backstory involving tragedy to it becoming an origin story of the character with us very easily catching the source of his vigilante moniker to having a character appeal to the heart-of-gold established from the very beginning that he has. That it’s irreverent about its status as a superhero movie does not change the fact that it’s absolutely refusing to subvert any of the superhero formula it subscribes to (even as it swears it did by killing villains, it’s just recognizing that it has obvious casualties as opposed to The Dark Knight having Batman blow up cars in a Chicago parking lot or Daredevil angrily choking a biker with a chain only as a method of tossing him headfirst into a wall and down two flights of stairs, and then turning around and claiming “we’re heroes because we don’t kill”. Deadpool is the most open comic book movie about its protagonist’s willingness to kill since Iron Man had its hero casually shoot down three terrorists with complete confidence that he saved several lives on the spot or Iron Man 3 had the same character look an adversary in the eyes as he blows a hole through his chest telling him to “walk away from that”.)

The origin story in question belongs to Wade Wilson (Ryan Reynolds, who spent practically the last half-decade trying to make this movie happen as a “passion project” to cover his complicity in Wolverine), a New York based urban mercenary, finding crude, vulgar but nevertheless endearingly sincere love in an escort named Vanessa (Morena Baccarin). The two of them happen to be the same loose-wire sense of crazy for each other (thanks to Reynolds and Baccarin having jawdroppingly amazing chemistry both as romantic and comedic foils, they’re like the grungy version of screwballs; my personal favorite joke in the whole movie is a holiday-based sex montage) to the point that Wade finds himself proposing to her (sweetly with a Ring Pop of all things). Plans get set aside when the couple learn Wade is suffering from terminal cancer. Wade decides to get involved in a shady covert treatment program meant to force Wade via excruciating torture to develop regenerative abilities, but he’s also spitefully informed by his handler Ajax (Ed Skrein looking undeniably like Nicholas Hoult without his long hair from Game of Thrones) that he’s to become a weaponized slave to some undefined masters. It doesn’t matter either way because Wade escapes, but not before he is hideously scarred from the program and begins a personal vendetta hunting down Ajax under the name “Deadpool” and a full red bodysuit.

Still despite not being MORE than a superhero movie where its superhero gets to say “fuck” and “this is a movie” and essentially being fan service, Deadpool is nevertheless an enjoyable piece of breezy entertainment that gets by on simply being something “recognizably different”, if I may. The parts play the same role as every other superhero flick, but the energy is something scrappy and it’s clearly the product of people who wanted to have fun and see how much they could get out of a budget of less than 60 million dollars (relatively pocket change compared to modern superhero budgets). The results are an attempt to hide their limit in action setpieces by setting the first 3/4 of the money in a frame narrative of ADD flashbacks in the middle of a single highway battle (with the script by Rhett Reese and Paul Wernick don’t really have a real rhythm behind their choice in where to re-enter the fight and when to flashback again, it’s all done through long hauls that make the shifts feel like rude awakenings. And it also happens to be an attempt to hide the movie’s inability to give us an immediate exciting action sequence. But, it is regardless an extremely admirable if not a daring concept) and – to my great joy – the most refreshingly small stakes in a superhero movie I’ve ever seen: Wade wants to go after Ajax because he made Wade ugly. That is THE ENTIRETY of Deadpool’s motivation until an extremely disappointing third act: he’s too scared to reunite with Vanessa because he’s hideous and he’s taking that out on Ajax.

That almost every single cast member except Skrein – the reliable T.J. Miller, Leslie Uggams, Brianna Hildebrand, Karan Soni (including Gina Carano as Ajax’s henchwoman gets at least one comedic moment) – add a complete levity to the scenes they’re in without stealing the show from Reynolds makes Deadpool get away with weightlessness in its plot and lets it satisfy as a lazy-time watch. Stefan Kapičić voices a motion-captured version of Colossus from the X-Men series (which Deadpool belongs to) with a chewy Russian accent and uses to wax rhetoric about heroics to Wade and act boy scout in every manner he possibly can. There’s no way the movie wants to take itself too seriously. It’s too irreverent about itself to the point that it makes more than a few cracks at what little star persona Reynolds has and the general state of the X-Men franchise for 20th Century Fox (ahhhh my close second joke of the film: Wade remarking off-handedly on the correlation of the Xavier Mansion’s size and the presence of X-Men in the movie).

And just as well that Reynolds uses the spotlight on him to let loose, this is the only role other than Buried where I find him really worth watching and that he gets to embody all that juvenile humor fans wanted to see in him without also having Baccarin presence give him an anchor to give Wade humanity. Childish humanity based in smutty dialogue and actions, but humanity nonetheless, all underneath a wonderful mix of CGI and costume design that gives Deadpool a fluid range of cartoony potential without making him feel separate from the world around him (though I find its early dig at Green Lantern for also having a CGI costume – albeit a shitty one – very hypocritical). I say this after being so against his casting as Deadpool before AND after he made Wade Wilson sound like Abed from Community with every line of dialogue he monotonously said in Wolverine. That’ll show me.

That the movie loses steam within its final moments of Deadpool and Ajax’s inevitable showdown was going to be expected (although first-time director Tim Miller shows a lot of promise with the efficiency in which he facilitated Deadpool‘s creation) and that its still essentially one giant movie swearing that butt sex and the word “fuck” can never stop being funny makes it a bit exhausting to someone like me, but not enough that I found myself rolling my eyes or that I didn’t find more than a few moments to laugh heartily at. That Deadpool would have been the anti-superhero movie was too much to expect and never gonna happen, that it ends up a movie that cared enough about itself to make it fun (even if I’d prefer a better, more ambitious movie) is already endearing enough to me, and most of all, that it made the jaw-droppingly huge not-even-funny amount of money it made (surpassing The Matrix Reloaded as the highest-grossing R-rated movie worldwide) shows that sometimes when you give the fans at least the minimum of what they want, you’ll find yourself very much rewarded. That I don’t happen to be a huge fan of the movie and am absolutely not a fan of the character doesn’t make this any less pleasing to me.