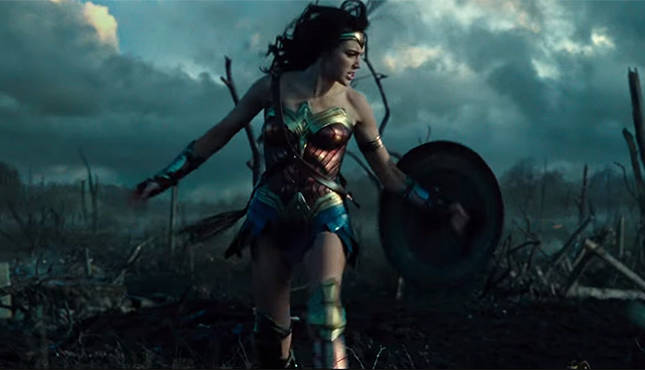 Let me begin first by saying that it feels so very great to have my faith in the DC Extended Universe’s ambition (something that wasn’t always there – many will testify to how certain I was that Batman v. Superman: Dawn of Justice would turn out to be the worst movie of the decade, but lo and behold it hit me in the right spots) now that Wonder Woman is the first unambiguous critical hit of the franchise and right at the point where it needed that boost most. That it turns out to be a great movie is just the cherry on top.

So, it’s kind of tough to try to square away what makes Wonder Woman stand out so far from the rest of 2010s comic book movies that makes it possibly my favorite out of the bunch. It’s not a particularly unique film in any regard, especially since so much of its aesthetic and setting seems to be the World War I analogue to Captain America: The First Avenger (a movie that would put a valiant fight for the spot Wonder Woman just stole). It’s not a movie that reinvents the wheel by any angle, so I guess the idea is that it just does it… better? Patty Jenkins as a director keeps her eye so many of the genre’s strengths and sticks to the name of the game – iconic moments, charismatic heroes, memorable theme music, a sense of tone and theme – and… like, maybe, one of its weaknesses. It’s a big damn weakness, the final “battle around a beam of light” CGI rampage that is so very much a bane of the genre. But even that moment has its silver lining: a surprisingly colorful villainous turn by an actor who already knows how to provide robust villain turns. 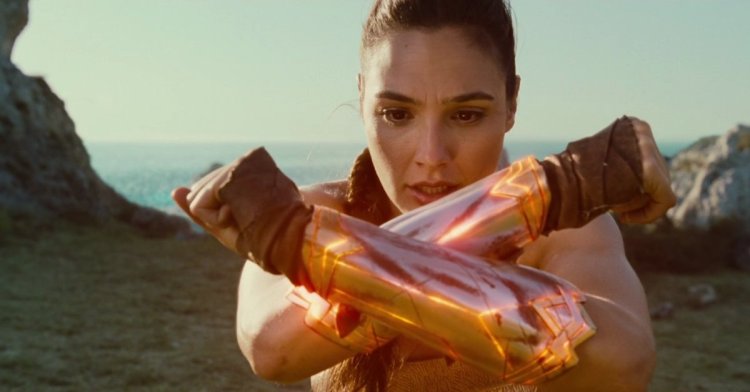 Anyway, before we reach that stretch, we have some efficient standalone non-universe-building breath of fresh air storytelling by Allan Heinberg: Diana (Gal Gadot) is the princess of the hidden island Themyscira, where Amazonian women train in anticipation of the banished God of War, Ares. When Allied spy Steve Trevor (Chris Pine) crashes on Themyscira in chase from German forces, the devastating firepower they bring and the sobering description Trevor has on the Great War’s severity convinces Diana that Ares himself has landed on Earth. Defying the orders of her Queen and Mother, Diana journeys with Trevor back to Europe to find a way to definitively end war, finding herself on the front lines of one of the most devastating events in world history.

Being set in World War I promises that Wonder Woman will not end up abandoning the solemnity from Man of Steel and Batman v. Superman and indeed once Jenkins leaves the gorgeous mountain and beaches landscape of Themyscira filled with sun gold, forest green, and sea blue, we are suddenly pulled into the dying ember greys of the trenches, suffocated by dust and smoke with an amount of grounded dimension that never undercuts the suffering of the soldiers or the Belgian residents whose lands are being destroyed by warfare. In fact, just prior to the famous “No Man’s Land” scene that incorporated itself in superhero movie canon just as instantly as the Upside Down kiss from Spider-Man, we’re witnessing a long rush through a miserable trench watching the casualties and destruction with the sound of warfare afar and it builds us up parallel to Diana’s resolve before she reveals her costume and steps right into the war zone herself.

And yet it’s not a miserable film. One that treats the war seriously but it searches for inspiration within the ruins. It’s exactly the sort of popcorn movie sensibility you would not expect from somebody who made a movie about the depressing tale of Aileen Wuornos but all of the careful treatment of the subject matter you would. Jenkins treats this delicate subject with such awareness that the “promise of ending war” can come to a human and satisfying but indefinite conclusion, like the Watchmen conclusion without any nihilism attached.

Still POPCORN MOVIE FUN! That “No Man’s Land” first appearance of full-costume Wonder Woman happens halfway through the movie and yet it’s oh too breezy for us to notice the time has passed (I mean spending half your time in the Mediterranean Coast will do that). Gadot and Pine are incredible together with chemistry for days, even beyond the benefit of their individual performances (and surrounded by just as bouncy supporting actors – I’m most happy to see Said Taghmaoui in a Hollywood film and delivering a humane and forgiving monologue on the fear of war). I don’t know what happened between 2016’s Hell or High Water, Star Trek Beyond, and this, but Chris Pine has been imbuing more sincerity into his performances and it works wonders especially within his third act developments, giving his statements and actions more humanity. As for Wonder Woman herself, the naive female outsider trope is tiresome but Gadot turns it endearing and transforms Diana’s discovery of the world outside of her land into daring and confidence that makes Diana such a pillar of charisma, defying officials and attempting to illustrate the simplicity of solutions.

Sometimes, solutions ARE that simple. Wonder Woman isn’t trying to build a universe (beyond its bookend scenes that surprisingly don’t seem divorced from the film, though it ends on a notably confusing shot), it’s not trying to make a deep comment beyond “war is bad”, it’s just attempting to provide a watchable and weighty superhero movie experience. And beyond a dependency on slow-motion and a Dragonball Z mess of a final battle that’s expected anyway of the genre, Patty Jenkins, Gal Gadot, and company have given a superhero work so enjoyable that it alone allows it to be distinguished amongst the rest of the decade’s lineup.

3 thoughts on “Girl, You’ll Be a Wonder Woman Soon…”