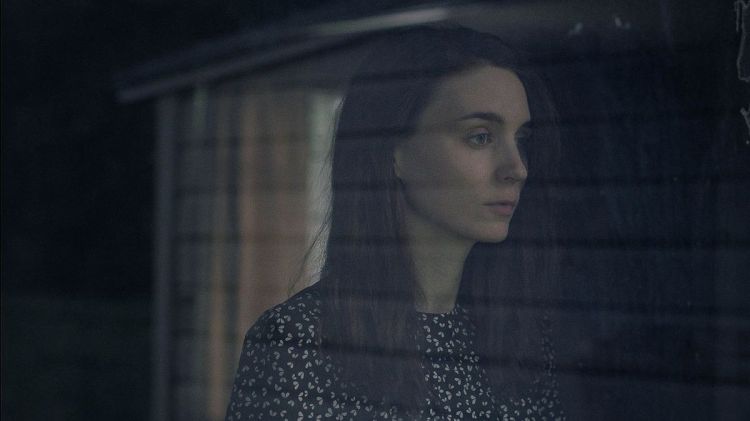 The nicest thing about A Ghost Story is the fact that, given the recent revelations of Casey Affleck’s behavior, I don’t have to look at his face for the majority of the movie given how novel (without being ridiculous) the concept is of him playing a ghost by wordlessly walking around in a bedsheet. It’s even nicer to discover that there’s the possibility that his double David Pink (who also was the art director for the film so figures he might have liked to spend time underneath that sheet during reshoots and pickups) potentially takes up more screentime as the titular ghost than Affleck does.

That is, in fact, not the nicest thing about A Ghost Story. It’s just a fun joke I wanted to open up on*. The nicest thing about A Ghost Story is how director David Lowery undertook it upon himself to make a very patiently meditative picture using as little words (and possibly sounds, the soundtrack is a very deliberate but sparse element mainly taken over by Daniel Hart’s warm intellectual blanket of tones that makes up the film’s score) to try to attempt Lowery’s personal version of The Tree of Life, a reflection on the status of our personal presence in the greater wheel of the universe and the interminability of how it keeps rolling despite our insignificance and how it’s still a pretty wonderful thing to be around.

And the great thing about that being the nicest thing about A Ghost Story is that it’s highly reflective of the film as a whole. It’s a cohesive thing rather than just a whole lot of great stuff. Like, the depressed laconic performance of Rooney Mara’s central to the first quarter (maybe? I don’t think she remains in the film very long) as the widowed spouse of Affleck’s character is not just a great arc of the story in its own right but the very seed in which the plot builds out of the self-contained block of emotional grief – complete with the infamous long-take pie scene which would obviously be divisive but I found incredibly generous as a visual and temporal gag (the payoff made me nearly laugh except the friend I saw the movie with was unamused), a very telling character moment, a tonal reset for the picture to let us know how far our patience can go, and indisputable evidence that Mara has definitely never eaten a pie before in her life if she thinks it works like that.

Or how indisputably beautiful and sharp the darkness of Andrew Droz Palermo’s cinematography is, providing both visual melancholy and a haunting atmosphere in such an essential manner to A Ghost Story getting away with its paced explorations of the Ghost’s lingering that I find it to be more irrevocably tied to the film being made than the cinematography of Pete’s Dragon or Ain’t Them Bodies Saints, both also really lovely looking films. Those movies feel a little more divorced from the fact that they look good than A Ghost Story, where it matters in the details of the frame that we can witness what’s happening because there’s almost no other way we’re going to receive information.

Hell, there’s even a more show-offy effects sequence involving a singular shot in which we watch the Ghost watching Mara exit the home in three different fashions with nary a cut in sight and the whole thing doesn’t feel like an effects showcase to me, but an efficient manner of having us and our guiding character feel the quickening perception of time slip right past us, only adding to the feeling of insignificance in a desperate manner. It’s all just more to wrap into the world’s self-reflective attitude.

Indeed, it’s funny that I feel the audacious attempts at cosmic commentary towards the Ghost’s sudden death and reflections of his life before and his widow’s life after are akin to Malick’s masterpiece, because it’s the closest I find in Lowery’s filmography to his independent personality coalescing into a film. It doesn’t function as a Malick homage this time, though the influence is there, it finally feels like a complete key into understanding what Lowery looks for in a film and his voice.

It is with great dismay that while it’s possibly the David Lowery movie I love most, I’m not convinced it’s not also Lowery’s worst (it’s not even my favorite Tree of Life copy with Twin Peaks‘ Part 8 being the best thing of 2017 period) and it’s kind of because by the second act – the one where its ambition is bigger than its stomach – it loses track of itself except in repeating its beats in a Macro scale. Which isn’t a bad thing, especially when a movie whizzes right on by as quickly as A Ghost Story does and the visuals don’t stop having a tangible distinction between the settings (kind of, there’s never any doubt that we’re in the exact same spot the whole movie) and time periods, but it stops being revelatory at that point.

No, the real shitty point and potentially the reason I’m least responsive to the moments after it is during a central party scene in which reliable ol’ Will Oldham turns up and delivers the clumsiest clunky moment in the whole movie, giving an eye-rolling monologue on-the-nose about what the movie is trying to say and it’s upsetting because of how elegant Lowery’s storytelling has been up until that point. Like, my dawg, believe in your movie.

Let’s not dwell too long on such a blemish, because A Ghost Story remains one of the more fascinating movies I’ve had the pleasure of watching during such a somewhat underwhelming summer, with much to think about and the certainty that I’ll be rewatching it many times over and over. Potentially with skipping that monologue.

*another great joke I like to make: how the ghost goes MAGA at one point in the film that you’ll know when you watch it. Can’t trust them white ghosts.