I don’t have much to say about the death of Dutch cinematographer Robby Müller, but I do have things I want to say starting from the observation of how very appropriate it feels that – even as a person who was by all means an international transient (I don’t know if, for all his work in this country, he ever turned citizen) – possibly did more to shape my view of the United States of America than any other cinematographer who ever lived. This is possibly something that rubbed off on him from his first and most well-known collaborator, the German genius of the road movie Wim Wenders, but it’s something that was maintained even well after their last work together in 1991.

It’s probably most relatable to me that neither Müller or Wenders were truly America, but they were fascinated by the myth of America and how they could dissect it to landscapes of lonely stretches of silence like Alice in the Cities opens on adopting the malaise of its journalist lead attempting to collect all the high-contrast images we see in black and white he took through out the continental nation into some comprehensive glimpse of the country and only getting a tired incomplete perspective out of it before returning to the same void he felt in Europe or Paris, Texas – arguably the best work of either and definitely the more direct investigation on America – interrupting the sparse baked textures of identity-less deserts with towering dwarfing edifices of downtown Houston’s skyscrapers, both supplying a uniform sense of wayward melancholy informed by the hot colors once the characters reach metropolis. With Wenders, Müller was able to take the biggest patch of nothing in Southern America and create a mirror for the weary traveller in the United States. 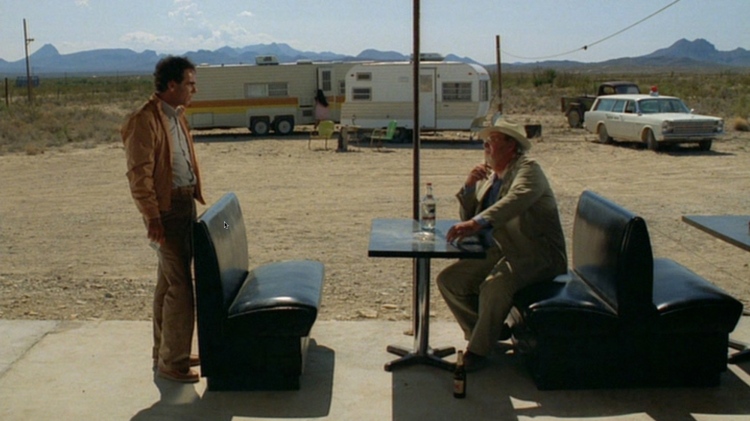 And when Müller began branching out to further English language productions headed by different filmmakers, he’d find new angles on which to look at the country. I’m sure by now it is known what my feelings towards the like-wise foreign-born Alex Cox’s Repo Man are, but it should not be denied how effectively Cox and Müller turned the urban concrete jungle of Los Angeles into an expression of its punk population’s anger and the cutthroat attitudes of its working class. Or likewise, behind William Friedkin’s crime drama To Live and Die in L.A., where Müller collapses the same city into varying pieces based on how they function as a crooked extension of the empty and corrupt souls of its characters. One city, two different lens by one cinematographer. 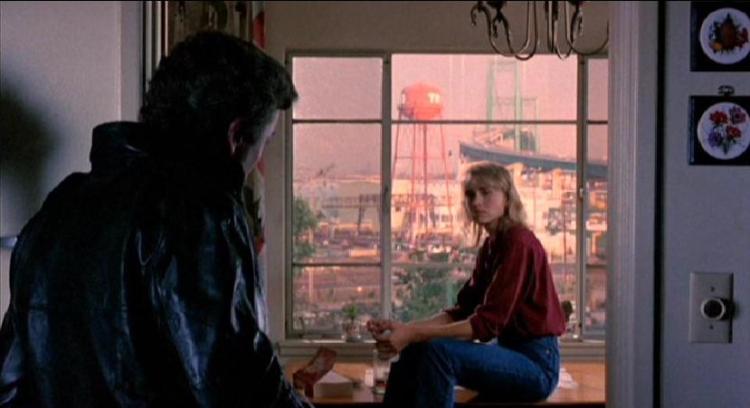 If I am to consider Lars von Trier’s Dancer in the Dark one of the better films in a filmography I’ve grown cold to over the years, it’s strictly on the power of Müller being able to take a Lynchian alien quality to the industrialization of the country and apply it headfirst to both amplify the deliberate drabness of this melancholy musical and to apply an American personality to a film by a filmmaker who frankly never stepped foot in the country (and his later films Dogville and Manderlay both visually betray von Trier’s lack of knowledge on America, neither of them shot by Müller). And hell, Müller never needed to go outside as Barfly‘s muddy whisky browns of a drinking establishment cover as much of Mickey Rourke’s sloppy look as possible before the bitter whites and grays of the outside world (even in his character’s very own apartment) give a stark contrast of reality. 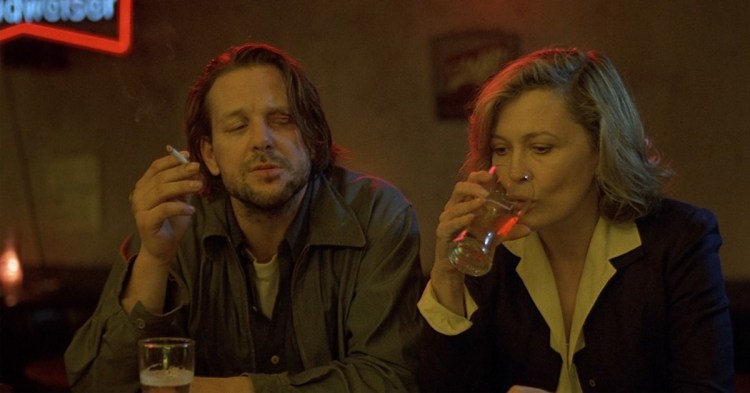 Of course, I’m always going to be more enamored with outsider perspectives of the United States than anybody else, but I think Müller’s most definitive work as the man who captured all areas of America’s spirit for me is with his later collaborations with Jim Jarmusch and I imagine Jarmusch brought out as much of the best of Müller’s work as Wenders did: in three different usages of Müller’s penchant for stark black-and-white, Jarmusch is able to apply them to bring stark reality to the injustices of the “justice” system in Down by Law, a funereal sobriety to the deconstruction of the Western myth (both genre and culture) in Dead Man, and just a relaxed casualness to the minimalistic vignettes in Coffee and Cigarettes. Meanwhile, Müller was also there to bring color to Jarmusch’s vision of Memphis with Mystery Train, taking care to establish the cool blues Jarmusch was aiming for while interrupting them with blasts of red whenever Screamin’ Jay Hawkins walks into the room or the Japanese tourists pull in their bags. Or translating that cool into urban textures that meditate with Forest Whitaker in Ghost Dog: The Way of the Samurai, perhaps one of the coolest movies ever made from a filmmaker whose whole aesthetic was “cool”. 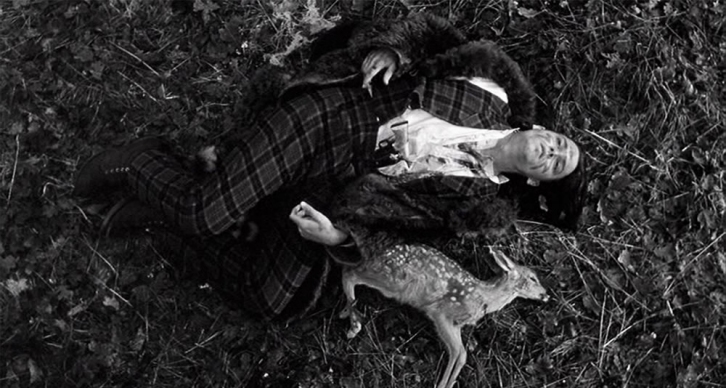 Anyway, I guess I’m just saying that it’s inevitable but unfortunate that Müller had to go because while I can’t imagine Wenders and Jarmusch would have been two of my favorite filmmakers without his grace and moreso on the 4th of July because I don’t think America will ever look as dynamic and interesting on the silver screen without him. 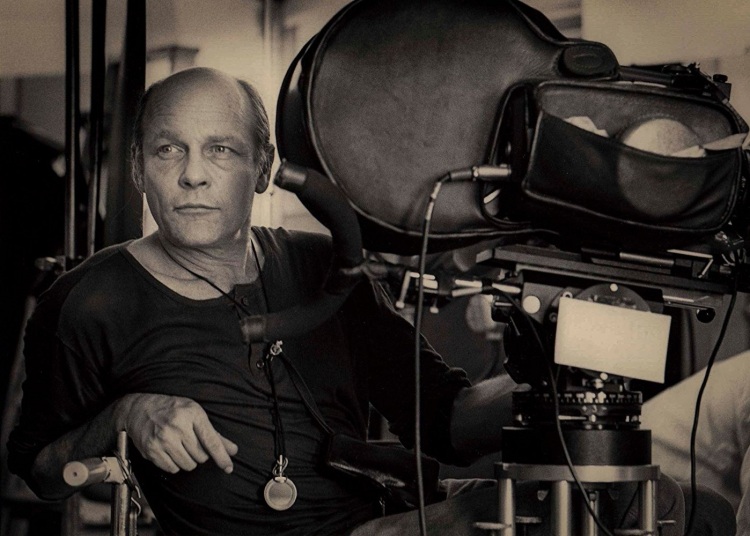