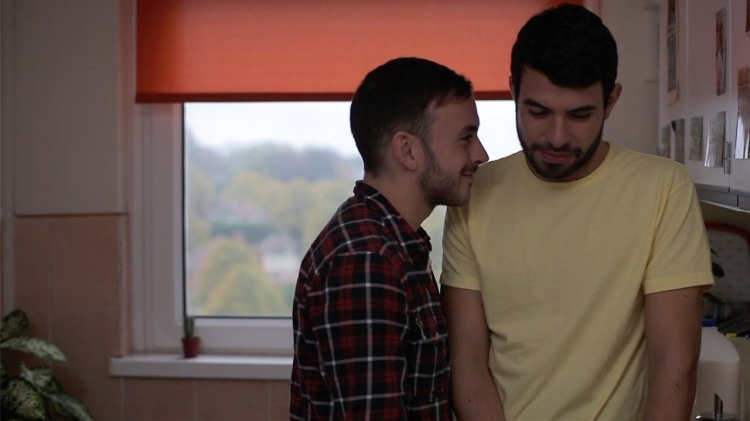 Andrew Haigh’s already showcased his mastery of the simple and stripped-down when it comes to romantic dramas. Over the course of the titular weekend, we watch two men meet, fall in love, and then separate in a manner that they already knew were the terms at the very beginning of the romance. It sounds like Brief Encounter, but that’s just reductive in so many ways: the focus isn’t nearly as much on the tragic knowledge that they will not being seeing each other again in sometime if ever (though it IS heartbreaking when that happens), but in how much you can learn about a person over the course of two days. Haigh’s direction gives that sort of equity in power towards the actors with his restrained two-hander compositions and his languid hangout pacing where the drama ebbs and flows that by the end of the movie, it is just as bittersweet to watch these men go on their part as it is on ours.

If this movie had anywhere near the attention it deserved, it would be recognized as novelistic and epic in the same way as other great American films are. Except Dee Rees would earn it with the earthy way (alluded to by the title itself) that she directs the brilliant cast to push this far-spanning film as far as it goes. Also the way it picks up themes without dropping them like candy off the ground and let’s them all work together in some present examination of America as it was and how it still is. The grandiose ambition of this thing and the manner in which it succeeds is went practically unrecognized by the Academy and so on and yeah I’m still fucking mad about it. 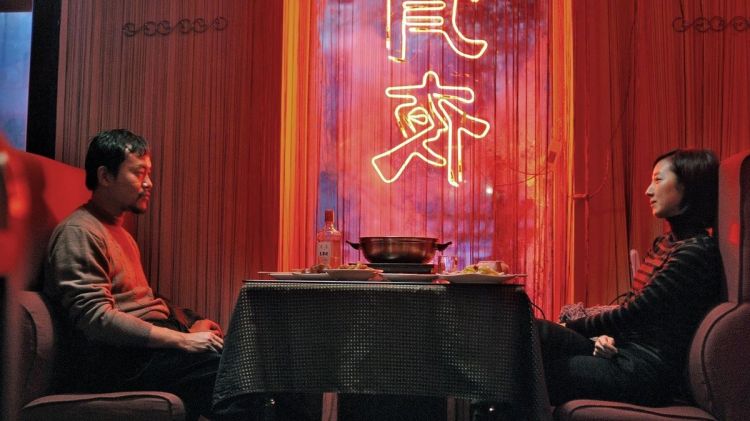 I could be wrong (we’ll see later on as this list goes), but I think this is the one legit non-reflexive neo-noir I have on this list. Which I feel is a personal shame, but if there has to be one, best believe I’m happy to admire this colorfully expressionistic presentation of a dark and chaotic cold case being examined by one jaded and washed-up drunk of a detective, reeling me into all my favorite tropes of the classic style while taking advantage of the modern advances that couldn’t be used in the film noir era to give us something curdled for our day and age. 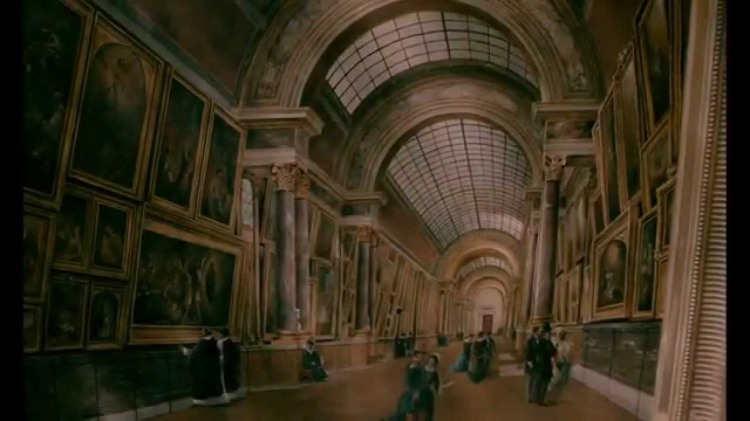 I have never been to the Louvre and as an admirer of fine art and frequenter of any art museum I find near me, it’s on my bucket list. But I don’t imagine it will ever look anything like the way that Sokurov and Bruno Delbonnel have captured it in their exploration, both physical and historical regarding that most famous of art museums. The intimacy with the paintings, the fantasy of the re-enactments, the humorous frame narrative of Sokurov dealing with… a shipment of art? It’s all something that beggars to find a new way into some of the most popular and on display artworks of our time while also examining what art does for the culture, good or bad. And that is an approach that I’m always going to find admirable and engaging even with the faults that something as personal as Francofonia would have (it’s not Russian Ark but…).

(And isn’t it crazy that given how he’s one of my three favorite modern cinematographers and how often his work is showing up on this Best Movies list, nothing Delbonnel shot made my Best Cinematography list? Believe me, he was frequently in consideration there.)

You can always count on the most playful directors to do wonders with animation when they get the chance and Gore Verbinski took the chance with Rango to deliver a wacky cod-Western that feels jerry-rigged from every other thing it grabs its hands on instead. Which could possibly be an extension of the sort of searching of self that its titular character is trying to pull off when he wanders into town, a dignity granted by mixing all of these weird and gangly animal character designs, all visual archetypes as much as genre archetypes, with beautiful photorealism (partly courtesy of the consulting of Roger Deakins) to tie as a smaller world right underneath our noses. 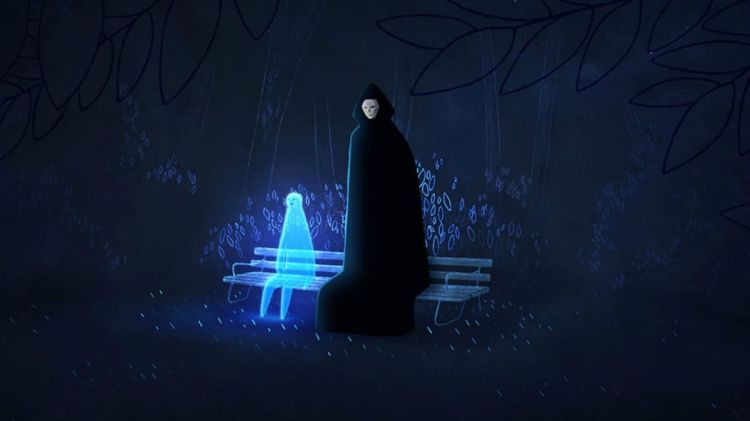 Another movie that I absolutely did not hear of until Alternate Ending’s Top 100 of the 2010s came up and even if it’s just outside the reach of my 100, I still found it personally moving. Which may have come as a surprise since the opening took a minute, but eventually I was hit with a dense and expansive reflection of what the span of a life and the darkness of what comes after truly means in the moment. It is quite an experience-based short to be hit with all of a sudden in such a neutral presentation of tone – not tragic, not happy – and given that it’s 9 minutes and online, I recommend you all experience it too. 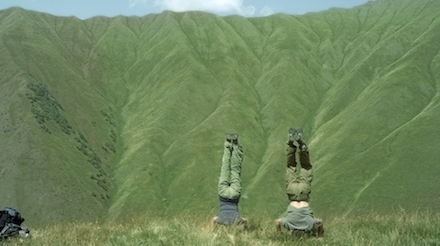 Still waiting for Loktev to follow up on this anytime soon. The manner in which this movie puts its central relationship and the trapped feelings therein against an expansive and lovely Georgia outdoors setting and lets us muse on the juxtaposition of this travelogue breakup movie is something only a filmmaker out of the box regarding how character and visual storytelling could work together. We need more of those and we need more of her, please.

A film that definitely required that “non-reflexive” qualifier for Black Coal, Thin Ice‘s entry when I called it the only noir movie on this list. Neruda is a lot of things – a parody of fascist noir is only one of them. Utilizing the perspective of its titular leftist poet, it rejects the concept of trying to make a clean-cut biopic by using his eager self-mythologizing to romantify and make his stressful exile from Chile something more cinematically appealing – inventing events, characters, and images in the name of fluidity for a man who used that fluidity as the basis of both floral art, his messy personal life, and challenging an authoritarian government.

Well, if I go ahead and let out how it’s about the lead-up and aftermath of adultery, I expect I’m not surprising anyone when I state how chilly and distanced it is as a watch of these three people trying to navigate around and through that fact. But there is virtue in how it accomplishes that through three very talented actors and very long and exhausting takes of them trying to leaven their hurt by dishing out more hurt, overall delivering a raw (but sometimes amusing so that it’s not entirely a bad time) and matter-of-fact treatment of such a betrayal.

A question that had long plagued me in the 6 years between my first and second watches of this film: “Was Edge of Tomorrow really that good?” Well, I gave it a good ol’ try and turns out: it’s even better than I remembered. When I first watched Edge of Tomorrow, I was taken in by the editing and how it uses the video game logic and assumptions of the audience to build on the exhaustion of us trying over and over again to make it to the next step as well as maintain a sharp sense of humor about the situation. On second watch, I get to notice how the premise plays with the screen persona of Tom Cruise and develop him from the sycophantic weasel that Cr– uh, John Cage is to a confident and focused action star. It’s unexpectedly exciting storytelling, utilizing repetition and mood shifts to earn every single “Fuck Yeah!” we yell at the screen as we take the same frustrating journey with our characters.

In the long-awaited search for the Great Video Game Movie, I think Edge of Tomorrow puts up just as good a fight as Scott Pilgrim vs. the World, if not better (spoiler alert: Pilgrim doesn’t make this list, though I do deeply love it). Still think the movie should have been named “Groundhog D-Day”.