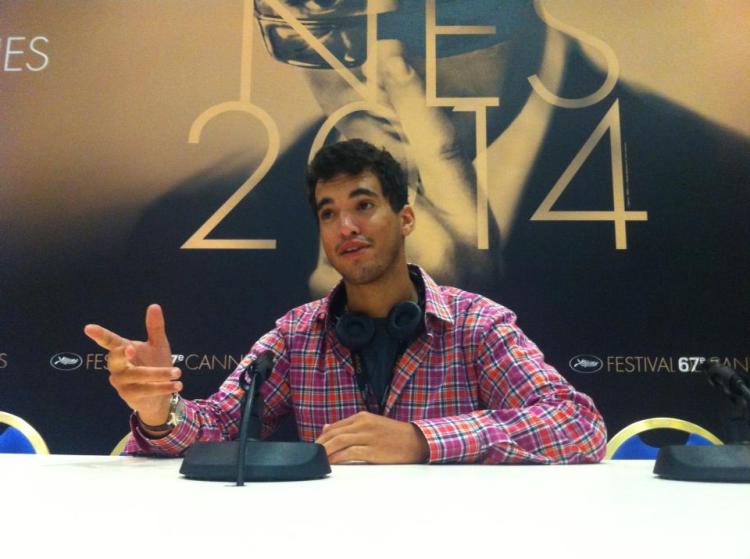 Hello, my name is Salim Garami. I am an aspiring filmmaker and I talk about movies. I talk about it a lot. As far as I have heard from my friends and family, I have an encyclopedic knowledge on many subjects and shown an ability to talk about them at great length – science, mathematics, music, literature, legislature, language, culture, philosophy, sociology, history, geography, etc. – and I may every once in a while make a particular post about these things, but there is simply nothing that compares to cinema when it comes to what I think most about. It’s what I do. I make short films whenever I can, however I can. I write on this page as much as I possibly can. I work on as many sets as I find time to. I co-host with two of my friends ‘A Night at the Opera’, a local radio show where we talk about movies (which airs Tuesday Nights at 8 to 10 pm Arizona Time). I am currently studying for the LSAT to go into law school… specifically so I can work in the entertainment industry on a more stable level and go from the inside out. One of my more recent works, something I put together at the last second (realized, shot and edited within 16 hours) is linked here (please feel free to watch it – we all make movies to be watched and I’m certain you will be entertained at the least… it is the most embarrassing short I’ve made yet).

In short, I’m a motorbreath on movies and I don’t know when to stop or if I ever want to.

Why? The same reason we all have for pursuing whatever we do with all forces: It’s our passion. We simply cannot see ourselves in a life separated from it and that’s exactly the way cinema is for me. One of my principles in life is to spend it doing what I love and, hey, I was lucky enough at a young age to find out I love movies. A life without such a passion for anything, even something as small as a passion for cutting the crust off bread, is a misnomer as it is not a life, but a waste.

But what is it I see in cinema may be the question that pops into the minds of some who would, understandably, find it a trivial passion?

Much like Charles Foster Kane saw the power of the newspaper, many people saw the power of the cinematic element for many things. And that power is existent and portrayed all throughout time. D.W. Griffith, Sergei Eisenstein and F.W. Murnau found it to be a form of storytelling to be utilized and experimented, pioneering with the artform with before other filmmakers like Orson Welles, Alfred Hitchcock and Stanley Kubrick changed the game with their respective techniques. There was an aesthetic pursuit with these men. Likewise, Adolf Hitler (with the efforts of Leni Riefenstahl), Sgt. George Marshall (with the collaboration of Frank Capra) and Michael Moore noted an ability to load the artform into a pointed message, urgent to the masses to choose a side and demanded allegiance to the ideals they portrayed. The best films sometimes perform this task more subtlely (although we still have non-documentary pictures today that still provide hamfisted commentary on societal situations without encouraging much dialogue – I’m looking at you, Neil Blomkamp and Paul Haggis). Then of course, there are those who only mean to use cinema to elicit emotion and incite the spirit of man, either positively or negatively, like Charles Chaplin or Lars von Trier, provocateurs on opposite sides of the spectrum. Cinema has a lot more power as a form of communication and expression than we give it credit for as a world, but then again, the same can be said about many other unseen gems of our lifetimes.

The presence of such power is what makes it important that I state my principles and values for this passion off the bat – declare them like Kane decidedly established his own principles on the page when he began pursuing his dream of being a newspaper man. Where Kane and I differ is that I will stick to these ideals as opposed to compromise knowingly for any reason at all.

I will present these film blogging principles in two forms: Principles as a film critic and principles as a filmmaker. More and more, like John Landis, Martin Scorsese, Spike Lee, Woody Allen and many other well-known filmmakers who also take moments to look back and address the history and art of filmmaking, I hope to blur the line between “guy who makes pictures” and “guy who talks about pictures”, to guy who does both. A jack-of-all-trades in all forms is what my ideal being is and to not try to adhere to that in film would just be a disappointment to myself.

As a film critic, my principles should be simple enough. I want to express my opinion on movies I see or other factors I witness in my life that inspire my cinema-centric life. I will try to my best power and knowledge to approach these items subjectively and address them through my own perspective solely. I can’t speak for everyone. I don’t ever want to try. I only want to be good at knowing what I like and what kind of movies I want to make.

Moving on to the principles of myself as a filmmaker, there is something I particularly can’t help but note in the world. More and more several filmmakers seem to be forced through financial straights or maybe just a depletion of energy, that they end up making films that seem in themselves empty for the guarantee of money. These movies just seem to take up space and absorb money. The most notable factors of these are remakes… to my remembrance, many directors who I hold in high esteem have been recruited to merely provide copy-and-paste adaptations of films that already have a legacy on their own – Spike Lee, Gus Van Sant, Martin Scorsese , Kimberly Peirce, David Fincher, Matt Reeves, etc. These are not bad films per se, but they have nothing new to them and as such come off as largely uninspired and unnecessary. They aren’t original – they copy nearly every aspect of the original work without leaving room for themselves to breathe life into their own. This goes on with “reboots” that are pressed forth only to milk franchises and books that are rushed into production without a care for their real potential as a work of art and only as a product (Two of my favorite books are dream projects for me largely for this reason – they weren’t made for what they could’ve been, they were made for how much they could earn)…

The worst implication of this is the coming extension of the Star Wars franchise in film, where it is intended to shoot out films each year, like an assembly line.

I meant it when I called film a form of expression. I don’t want to make films as products. I want to make them to the best quality as I possibly can as a work that I feel personally connected to. It is the ideal film. It may be a bit selfish to insist I make films primarily for my own satisfaction, but I find it to be a larger accomplishment to keep saying what you want to say with film than to just make movies to distract and please. I have a higher faith in people than that, if they want to listen, then they will listen… if not, then at least one person in the world likes the movie and that’s just about enough for me until the next one.

Another principle as a filmmaker I think necessary to demand is that I keep trying to push myself harder and higher. No filmmaker should get too comfortable. Every filmmaker should feel like s/he could do better. Because one of the best feelings in the world is to find out your limits, say “fuck them” and win.

Even as futile tasks, the recording of my intentions and the provoked pursuit of these goals will hopefully provide some new dimension to my passion of filmmaking. Of course, if I knew what it was… I wouldn’t really be looking for it. So I’ll just keep searching and won’t really be complaining about it so much as looking forward to it.

In spite of my eagerness to do nothing but these projects, I have a life – I have work, school, sleep and other pursuits that I maintain on top of this. Those who subscribed to my blogspot page understand that at times I am distracted so much to the point that it extends gaps as long as a month in between posts. But I do promise I won’t stop blogging until I feel like I have nothing more to say. And that’s gonna be a long damn time from now.

TL;DR Basically I come to chew bubble gum and do movie shit… and I’m all out of bubble gum.